Lieutenant Thomas Joseph McAteer was my Godfather. Lt. McAteer was a member of the U.S. Navy Air Anti-Submarine Squadron 21, USS Kearsarge, he was the pilot of a S-2E Tracker, a “Stoof” with a call sign “Beef Steak.” In 1966, there were several search and rescue, SAR destroyers parked off the coast of North Vietnam. During the night and early morning when strike activity would ebb, the SAR would stream around. The S2 helped provide air cover for the surface ships. As anti-submarine warfare was all but unknown in Vietnam, there was a variety of duties handled by those trained in anti-submarine warfare, including marking submarines and assisting in tracking and destroying small enemy watercraft. There were only a few such planes assigned to Vietnam. There was a significant amount of risk involved in these operations as the Vietnamese PT boats had radar that enabled them to strike with no visual contact.

In the dead of night, at 10:30pm on November 10, 1966, a crew of four took off from the USS Kearsarge on a nighttime surveillance mission over the Gulf of Tonkin.

McAteer’s Tracker was last in radar contact with the control ship at 1:45am. It was not uncommon to lose periodic radar contact with a Tracker when it dived below radar to investigate a surface target, but when the Tracker did not return to the ship at the expected time, a search and rescue effort was deployed. The search produced aircraft wreckage and personal survival and flight gear, but no survivors. The cause of the crash was undetermined. It is suspected that the aircraft made uncontrolled contact with the water. There is little chance of survival for the crew of the Tracker unless they managed to cross 50 miles of ocean and avoided enemy activity.

The crew of the S2E is among nearly 3,000 Americans who remained POW, missing or otherwise unaccounted for at the end of the Vietnam War.

Thomas was my Godfather and a very important man in my life as a child and a role model for my life as an adult. I miss him every day and remain faithful to communicating and following updates on POW and MIA forums from the Vietnam War. Thomas is memorialized in my heart, on the Courts of the Missing at the National Memorial Cemetery of the Pacific in Honolulu, Hawaii and on the Vietnam Memorial Wall, Panel 12E, Line 51. Internment at Arlington National Cemetery. 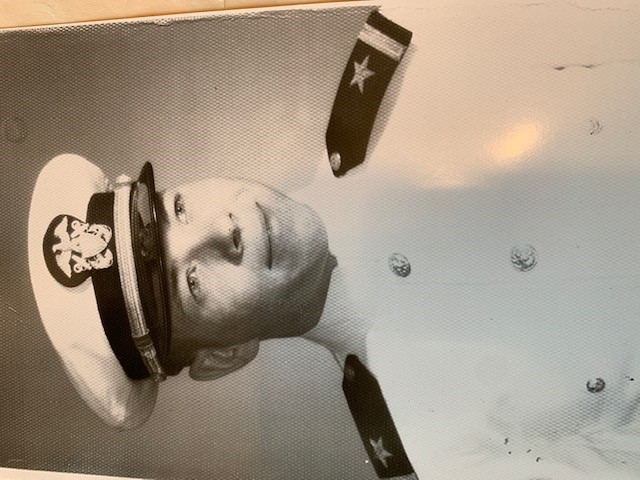